During the winter in my country, rummaging through the bunch of photos took in past holidays brings a good energy into the dull times.

Nepal, Himalaya, April 2019. I search into the photos for surprises, hoping for details  that I missed when the pictures were taken.

The classical trail to Everest Base Camp (EBC) goes through Dingboche village at approximately 4100 meters altitude. This is one day stop for acclimatization at high altitude, before going to upper places in the days to come. Early in the morning I go up the hill to a place where you can see in all direction. 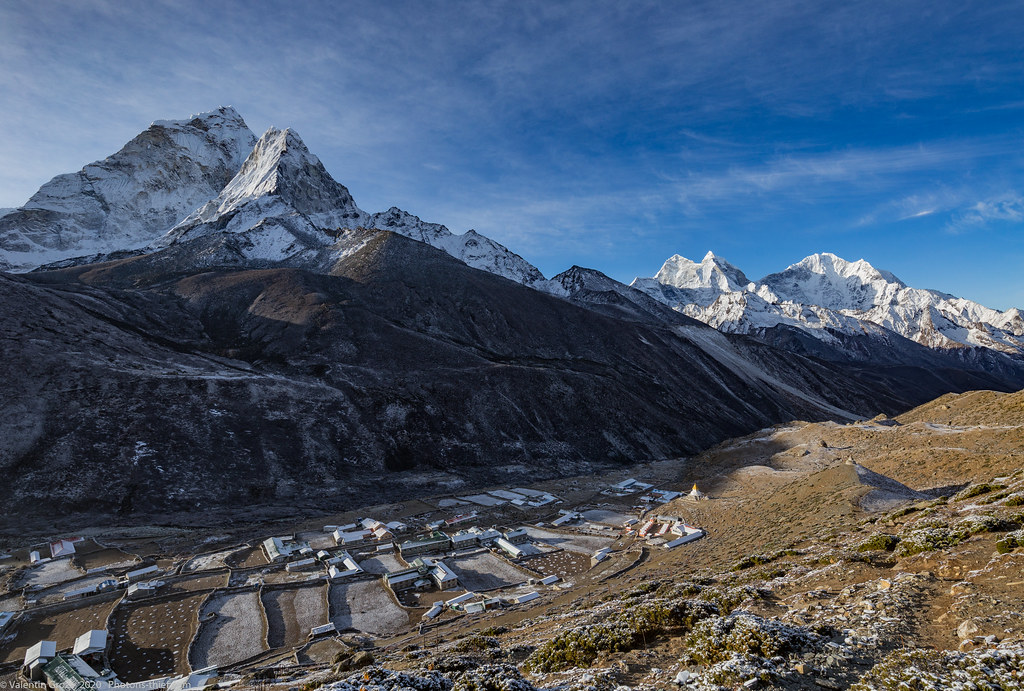 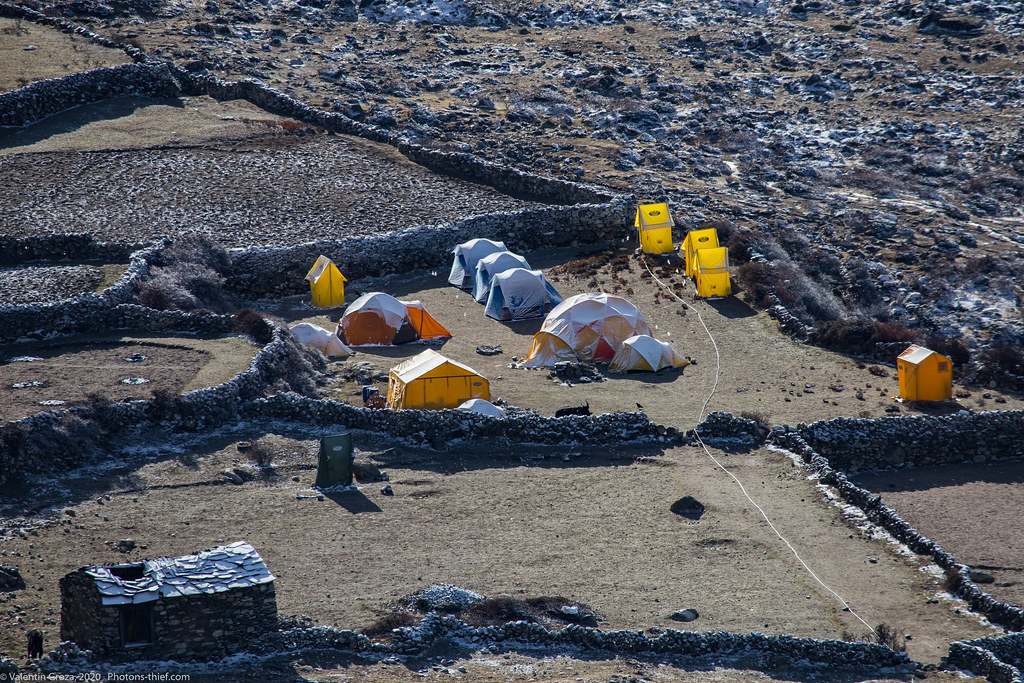 Dingboche village is dominated by one the most beautiful mountains in the world, Ama Dablam (6856 meters).

This is Ama Dablam viewed from west in a different day. 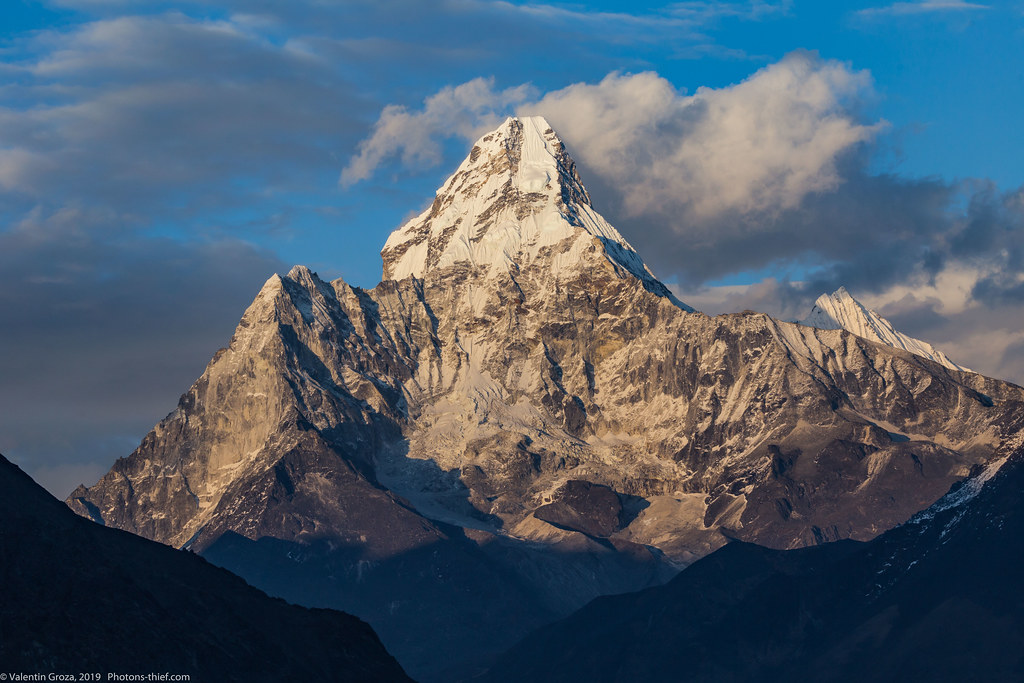 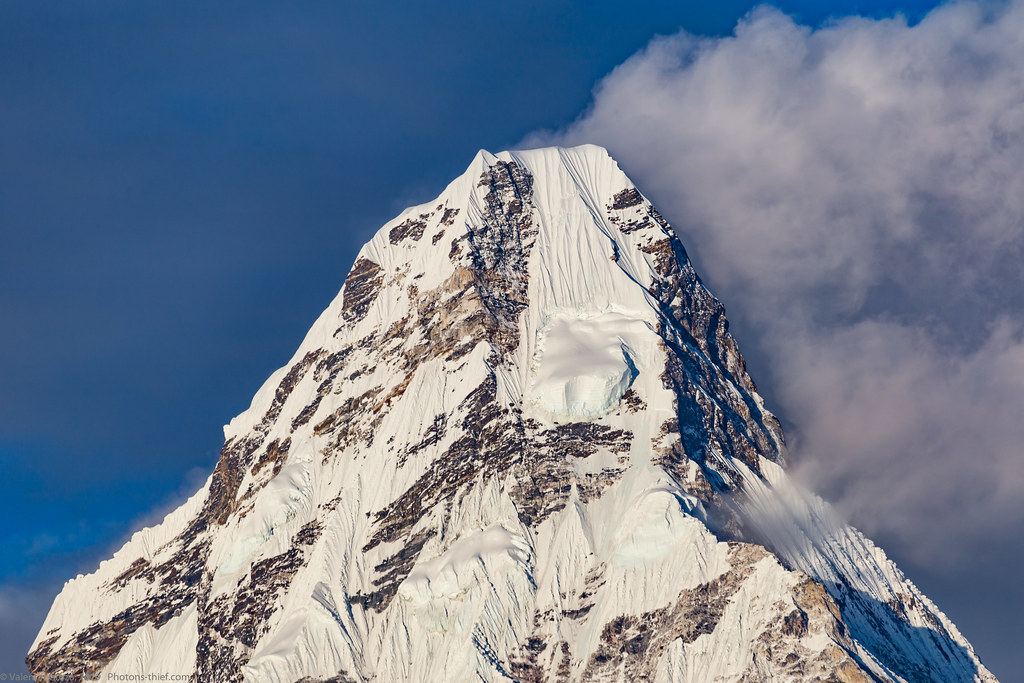 The view to the north is wide open. There is Tabuche peak and Arakam Tse to the left and Lobuche East peak to the right. Far away, in the upper part of the valley there is the Cho La Pass which we will visit later in our journey. 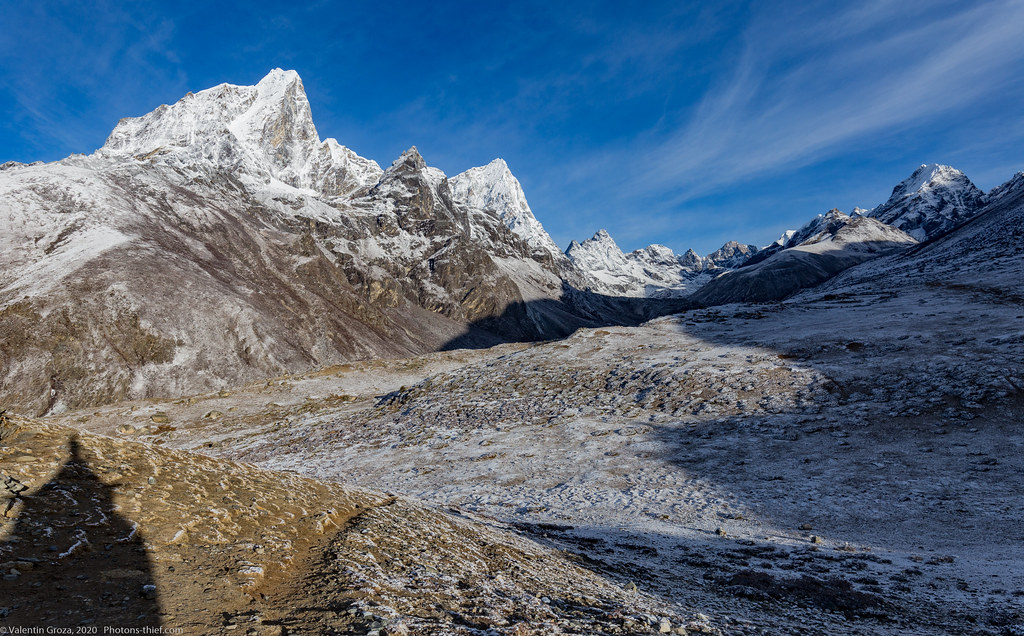 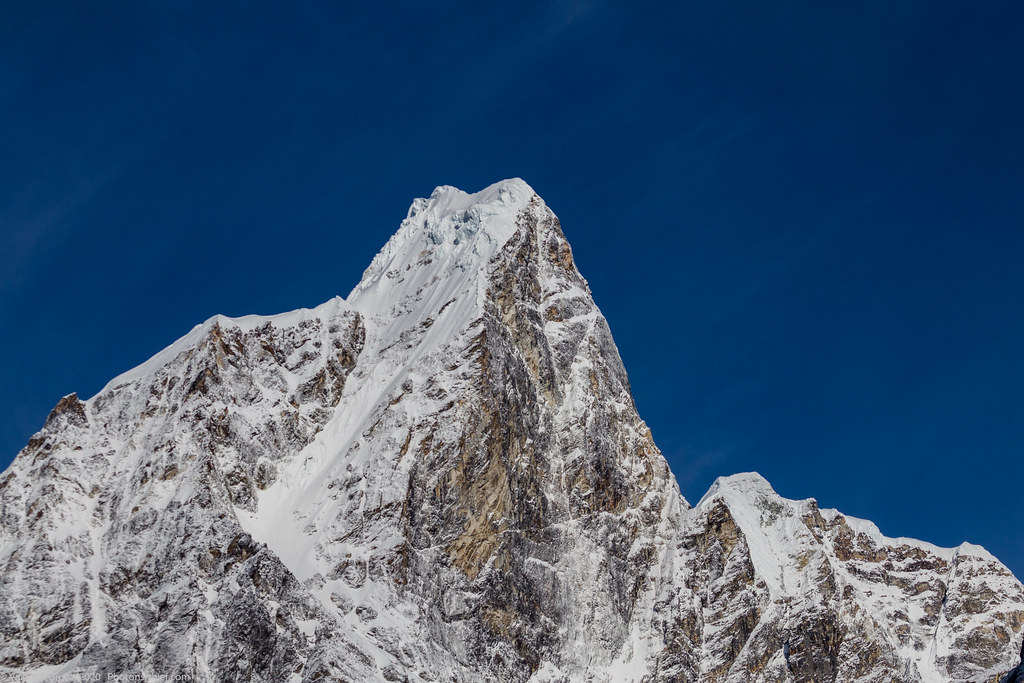 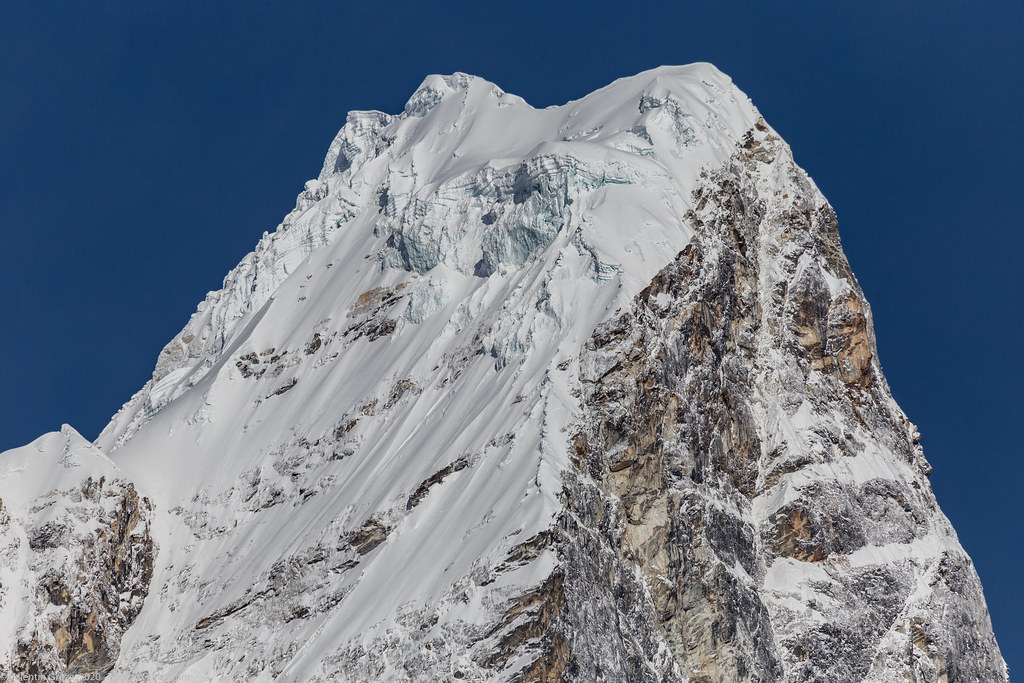 But I start to believe there is a first surprise in the north view. There is a very distant white peak in the back of the image. 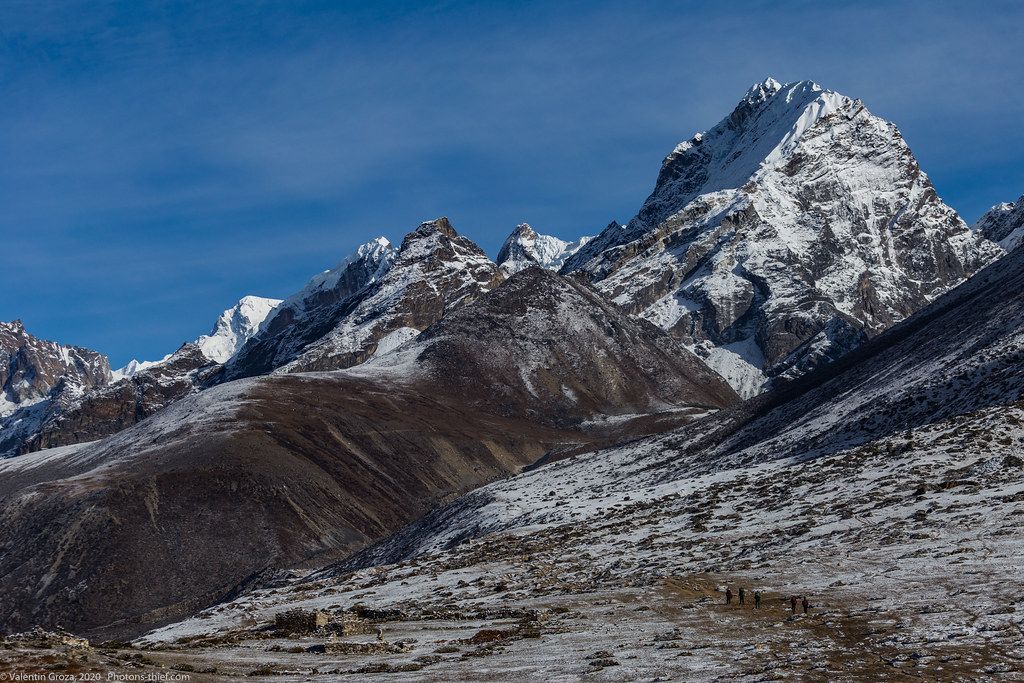 I zoom in and I start to believe is the mighty Cho Oyu, the sixth-highest mountain in the world (8,188 meters). 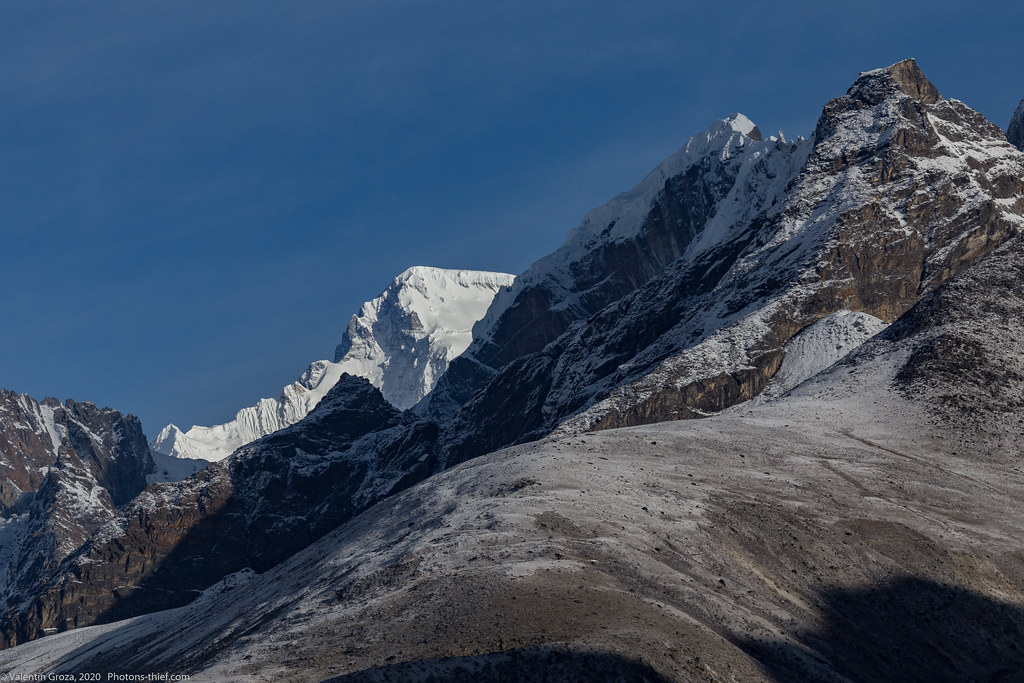 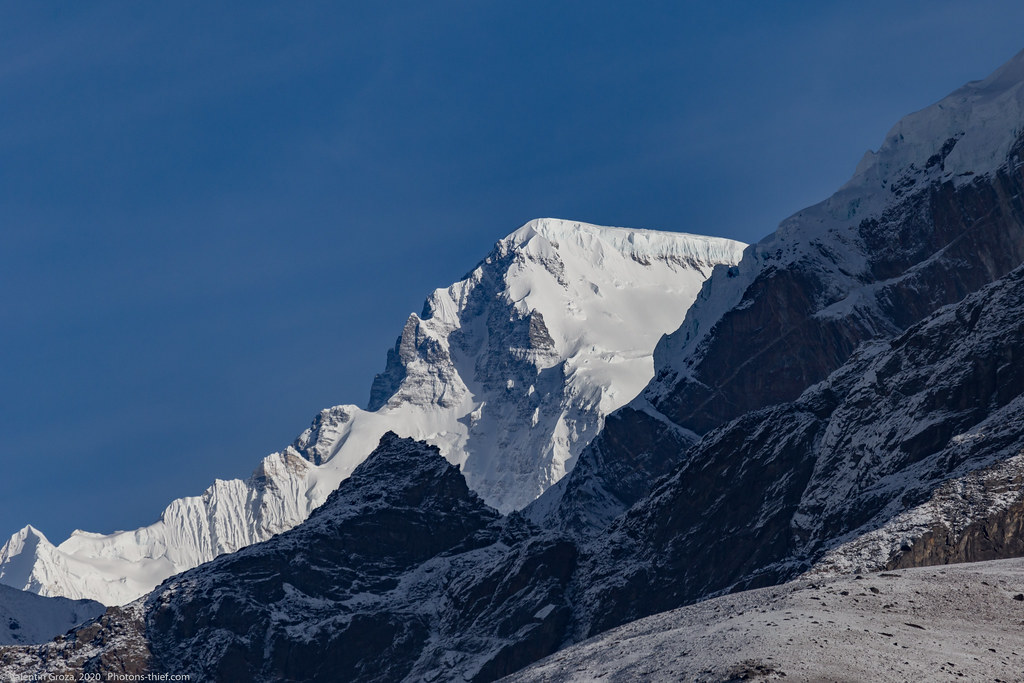 I compared the details of the peak to obvious photos of Cho You took a few days after, when we traveled to Gokyo Ri. 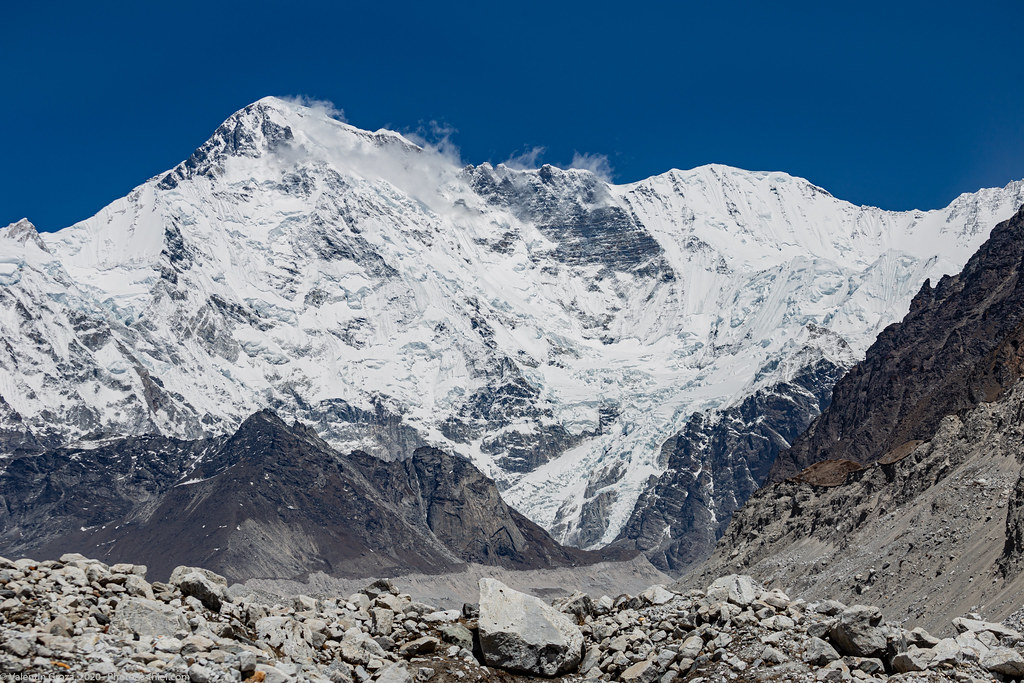 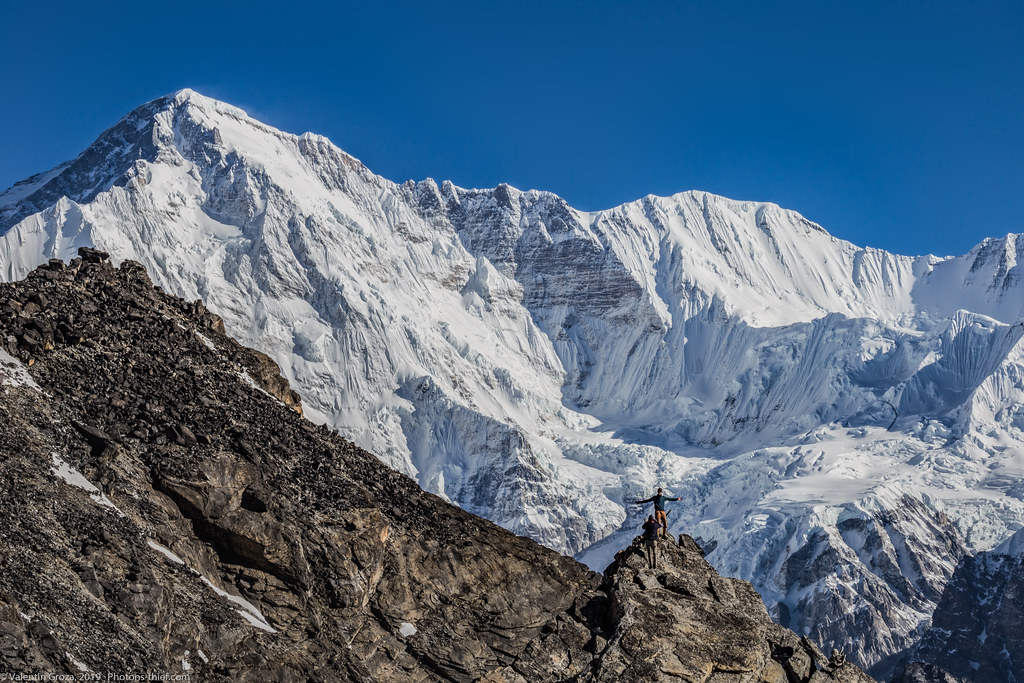 Surprised is confirmed: in a very clear day you can see Cho Oyu from Dingboche area.

Therefore there are three eight-thousanders visible from Dingboche: Lhotse (I don’t count Lhotse Shar which is just a secondary peak 8393 meters high), Makalu and Cho Oyu. 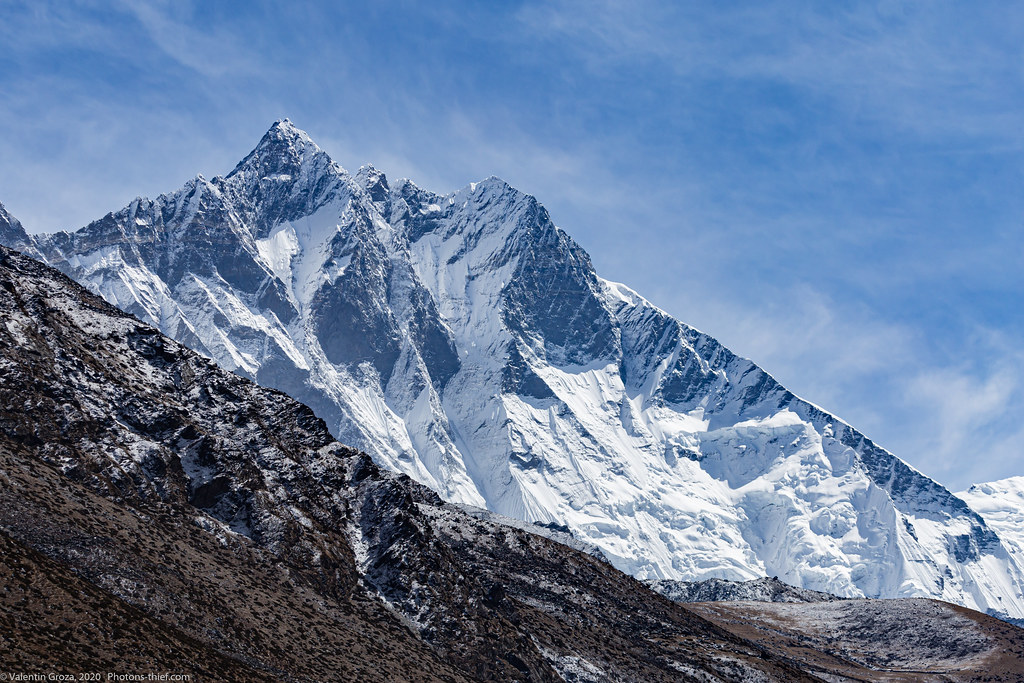 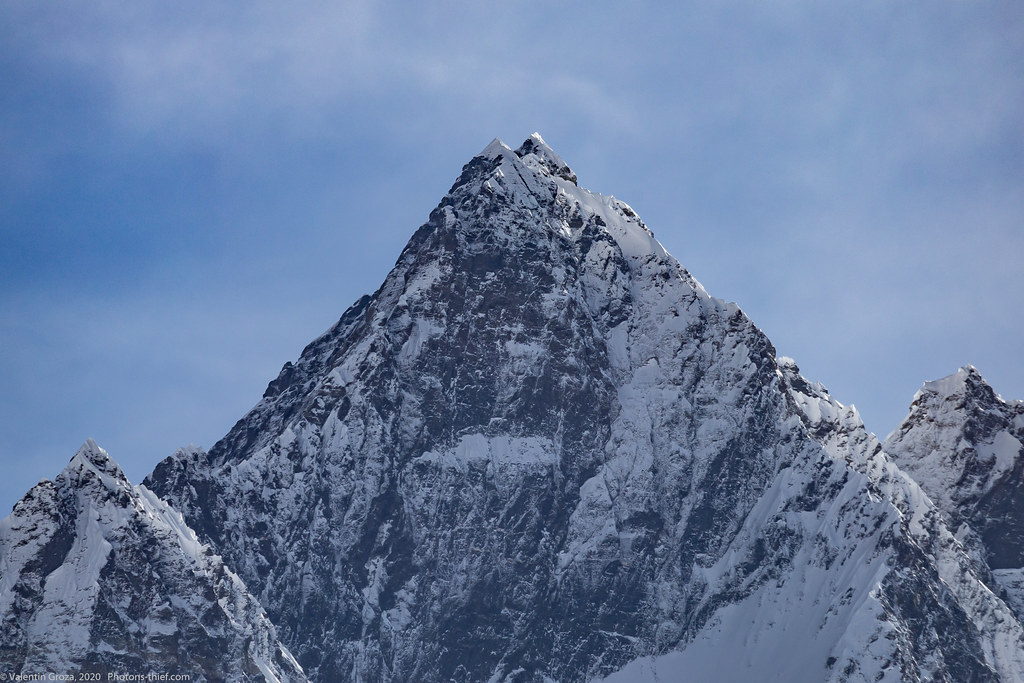 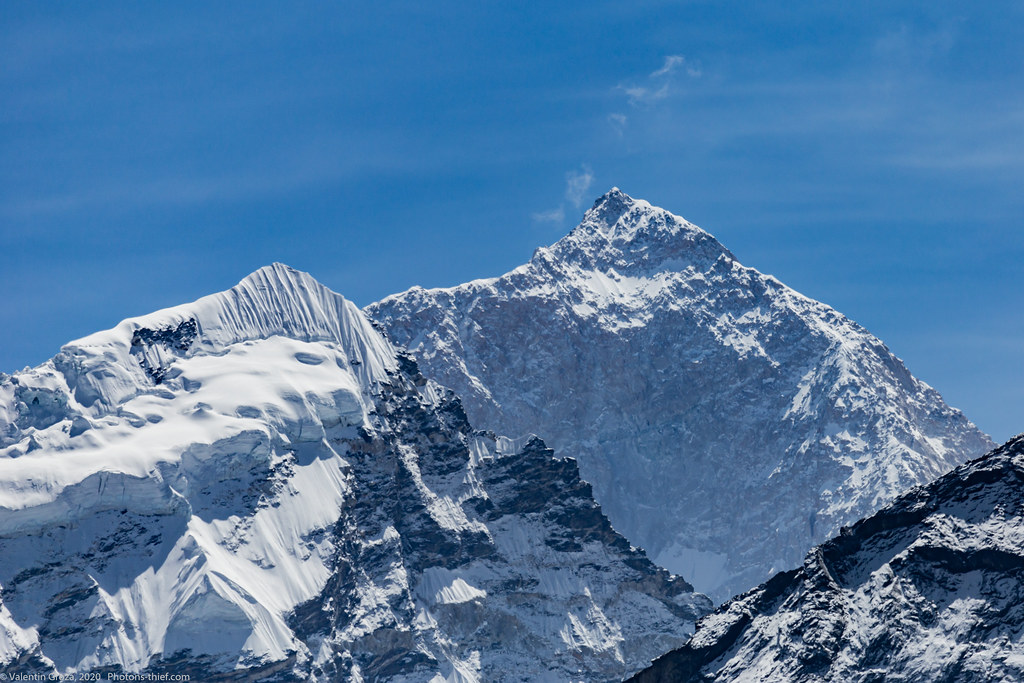 But I’ve found a second surprise hidden in my photos.

To the north stays the majestic Lobuche East peak (6119 meters). 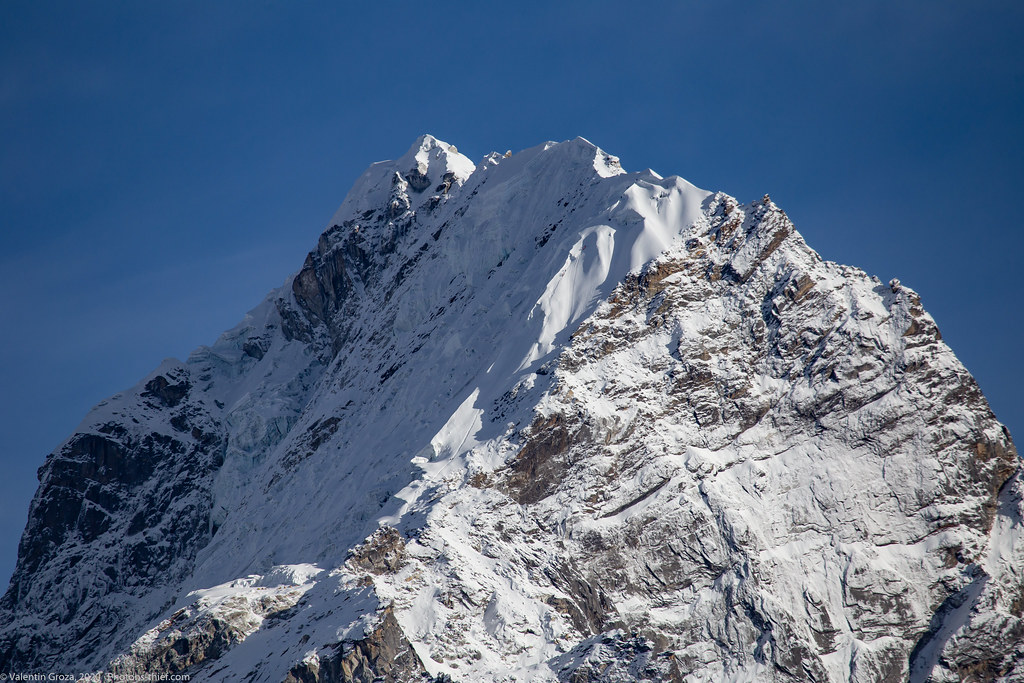 I zoom in and I notice a strange line in the snow covering the slope of Lobuche. 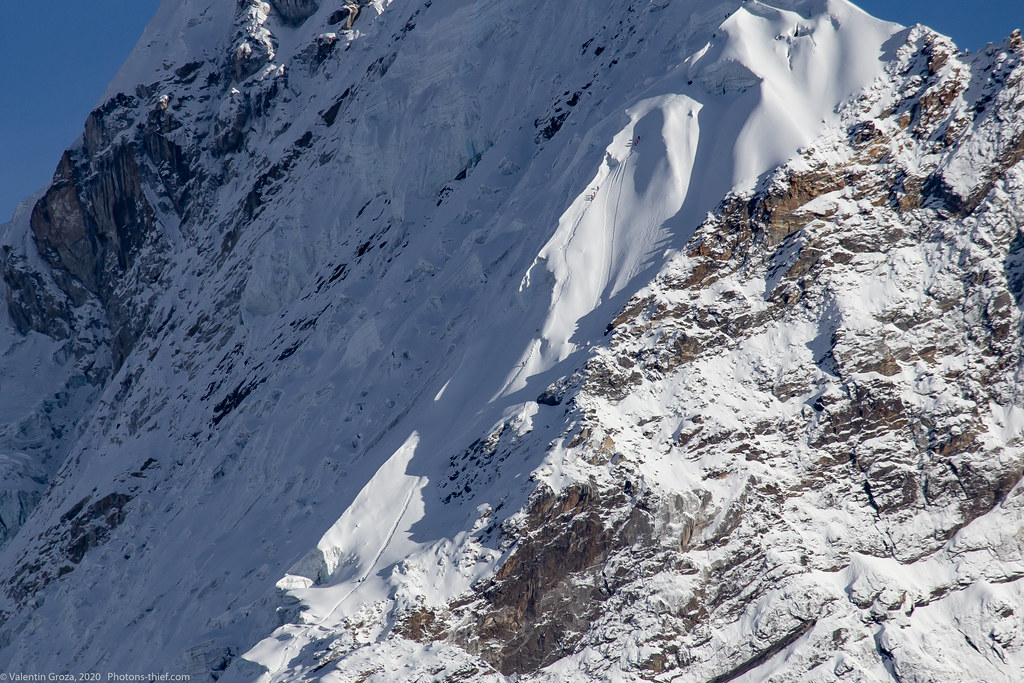 There are climbers on Lobuche! 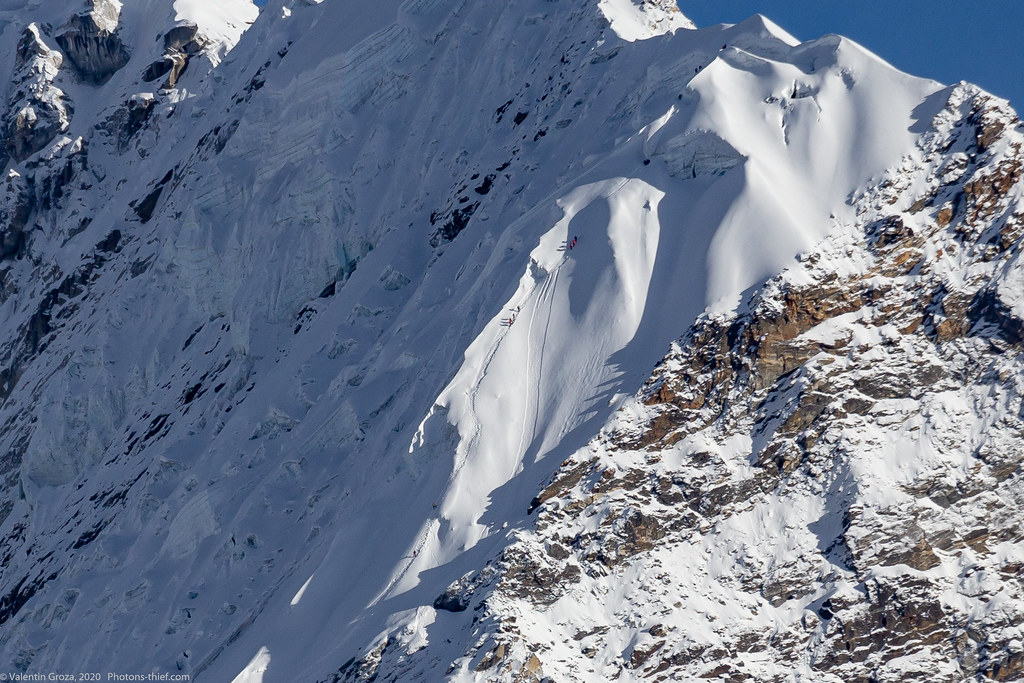 High altitude climbers use often Lobuche as an acclimatization training before going to Everest or Lhotse and now it is the right season. 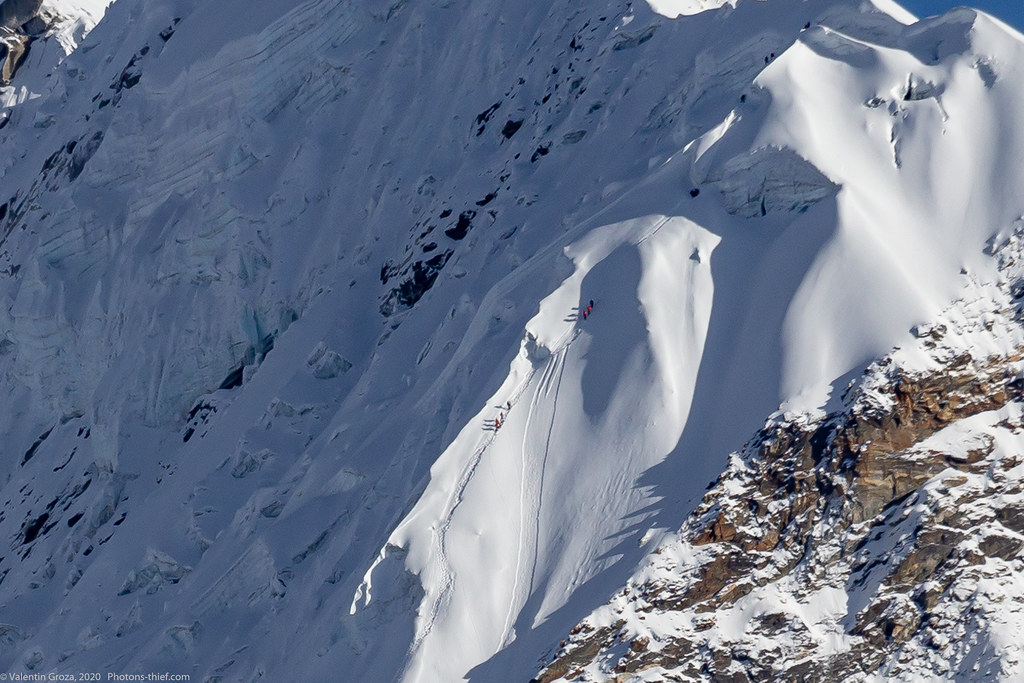 I’ve spotted a small tent camp at the base of Lobuche slope. 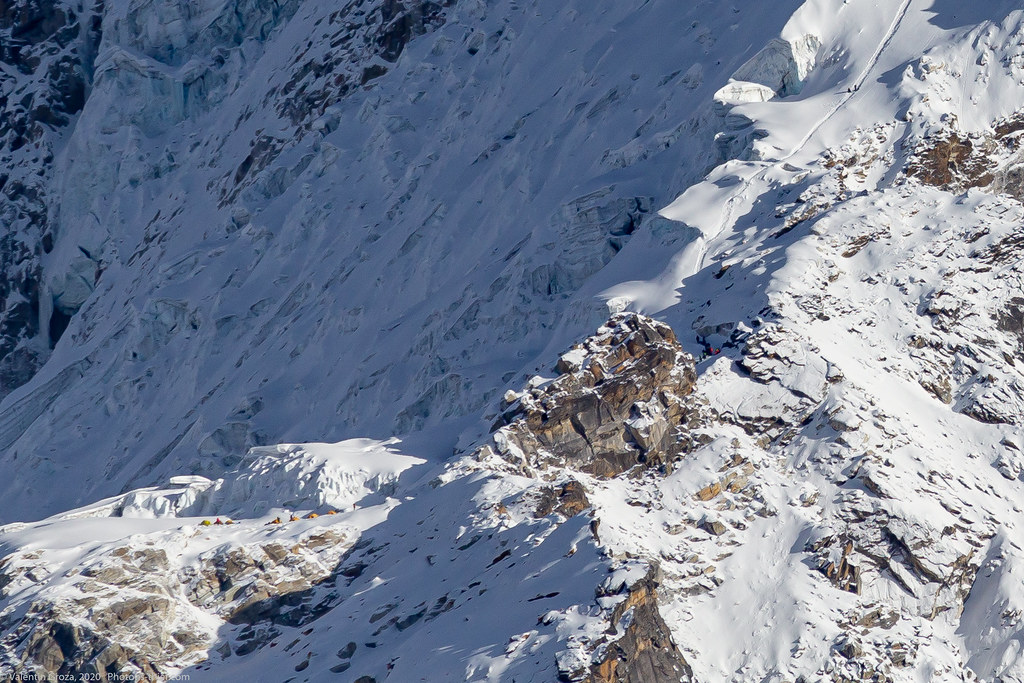 There is a tiny religious seating above Dingboche, a gompa. People found a simple manifestation of the perfection and framed it. 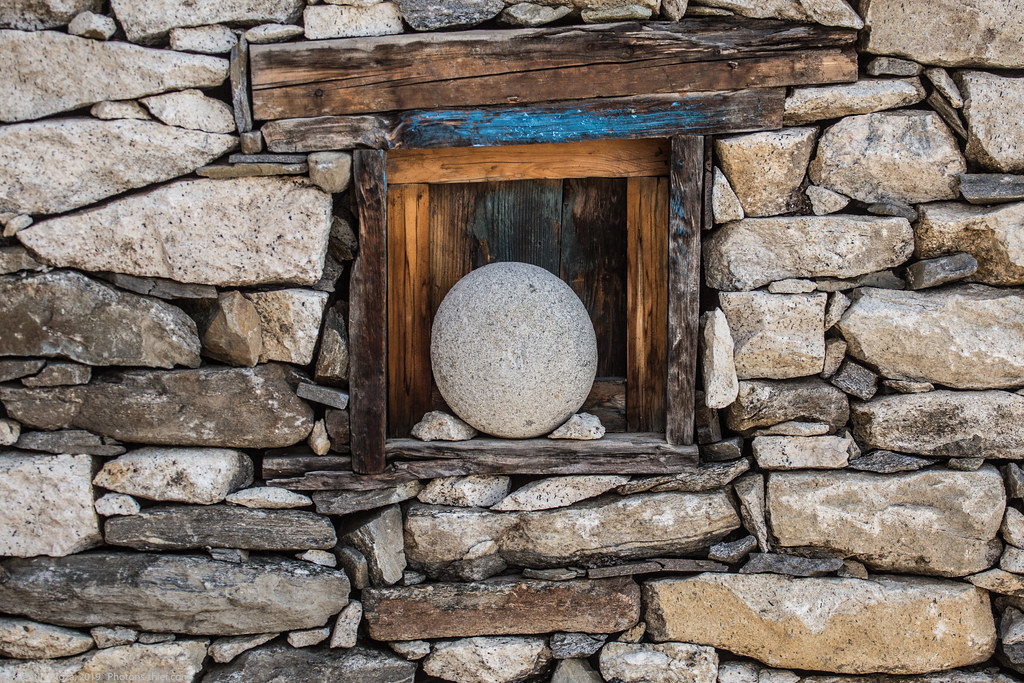