The river is full of salmons attracted upstream by the urge of instinct. It is the season of the sockeye. 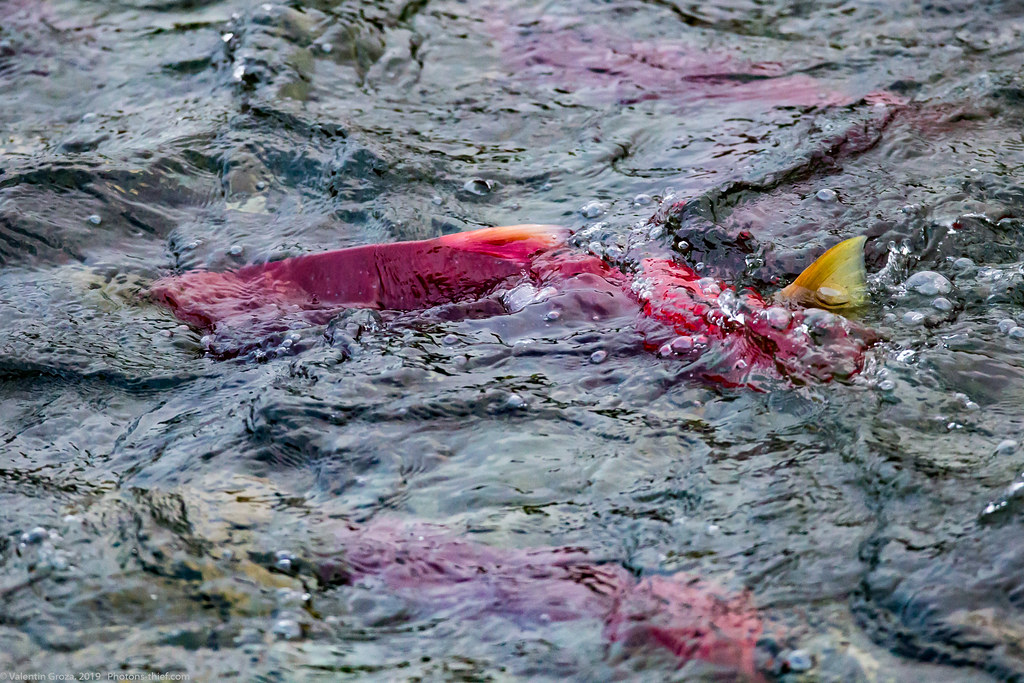 Someway the bears in the region learned about the migration and gathered to the best ambush spot: the waterfall.

There are various strategies to catch fishes. One bear stands on top of the waterfall waiting the salmon to jump into his mouth. 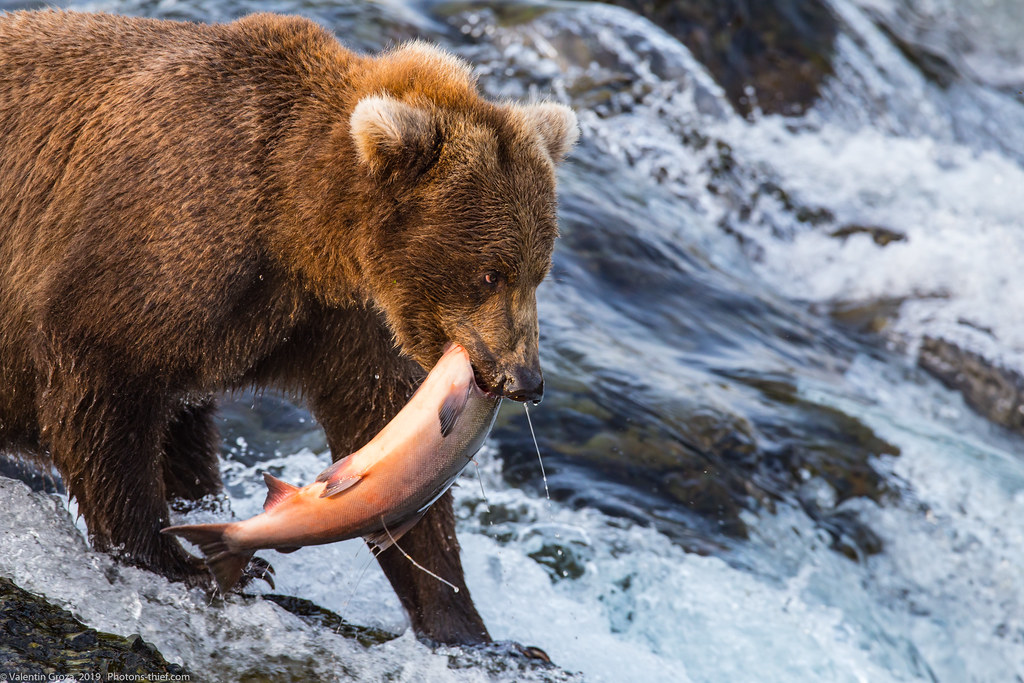 Another bear waits under the waterfall to catch salmons which fail the jump. 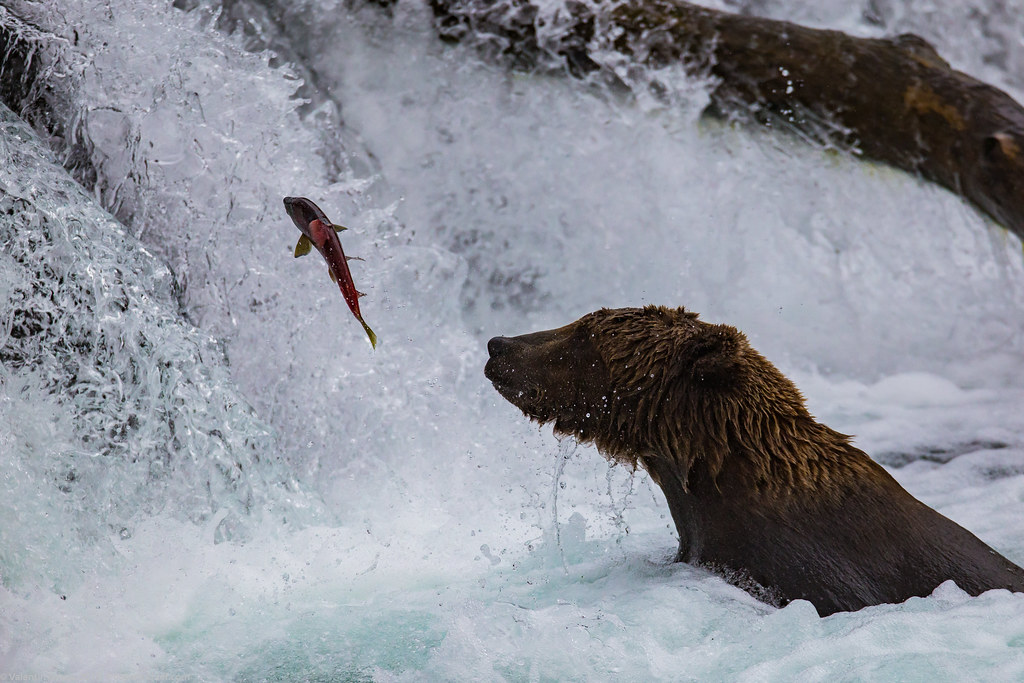 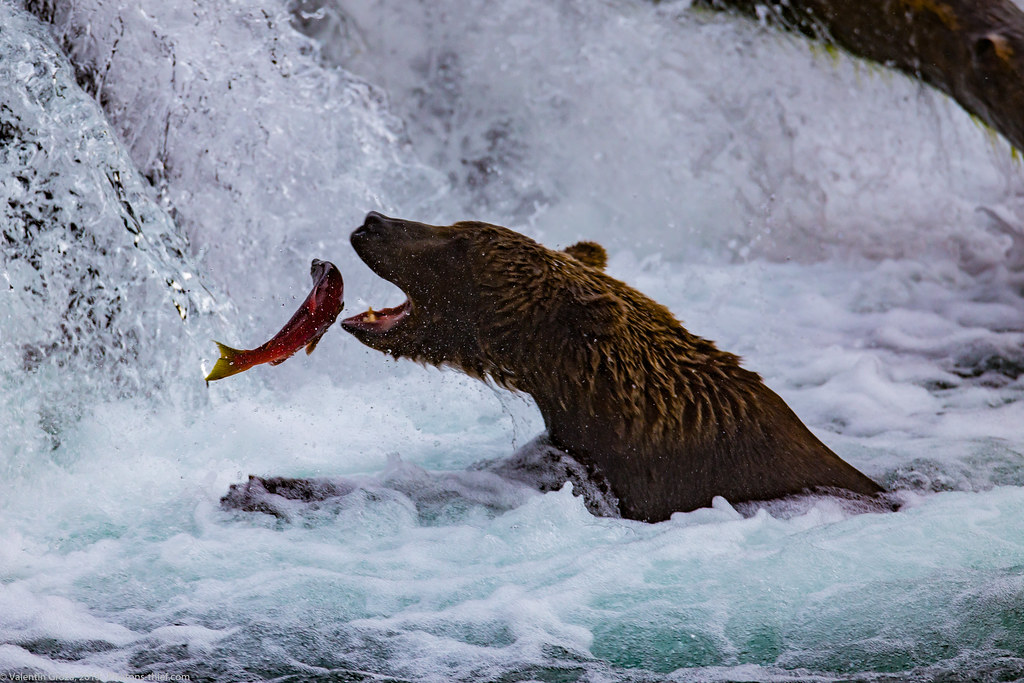 Some bears go underwater to stare at fishes. 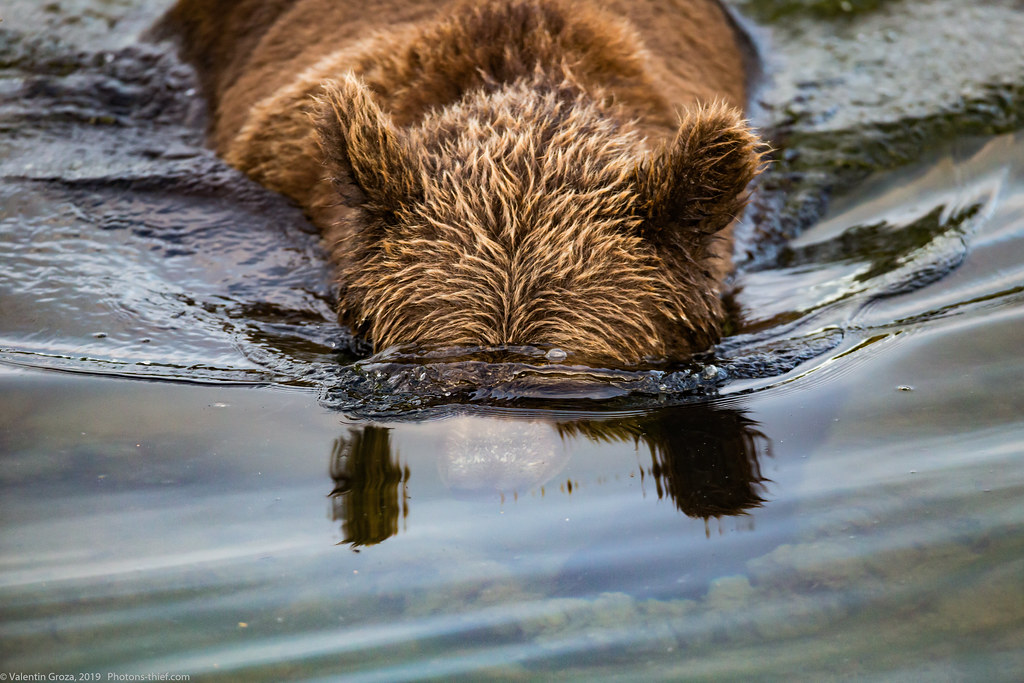 In other times of the year the bears wouldn’t come close to each other, but the abundance of food in this season set a truce among them. Sometimes two dominant bears could aim for the same spot. 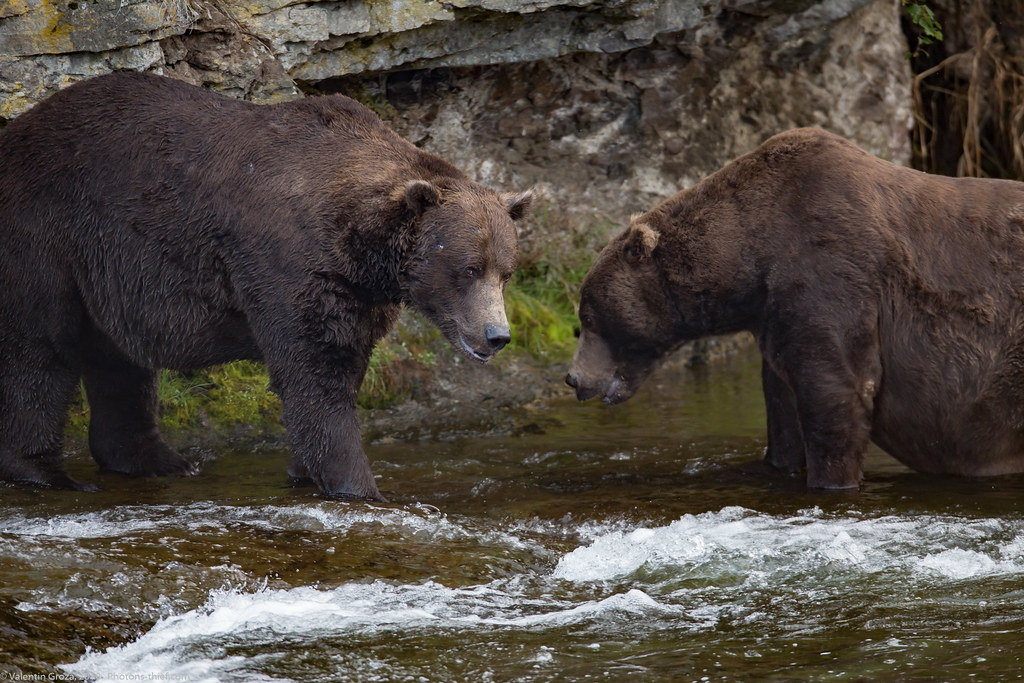 But the conflict is rather demonstrative, with roars and head-shakes followed by a dignified retreat. 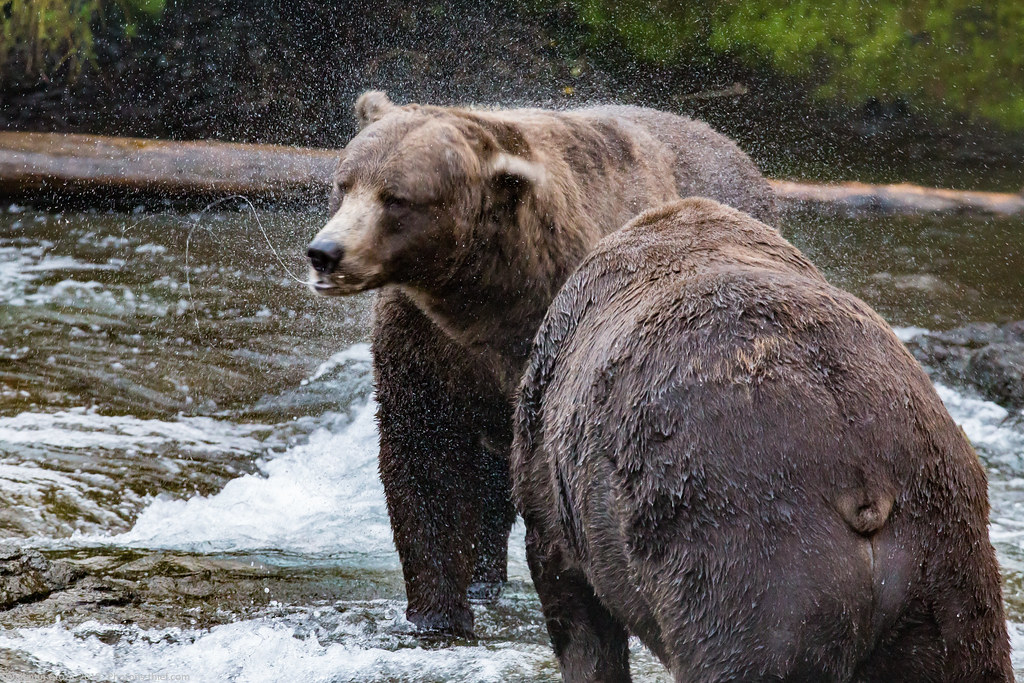 But there is also friendship between bears. 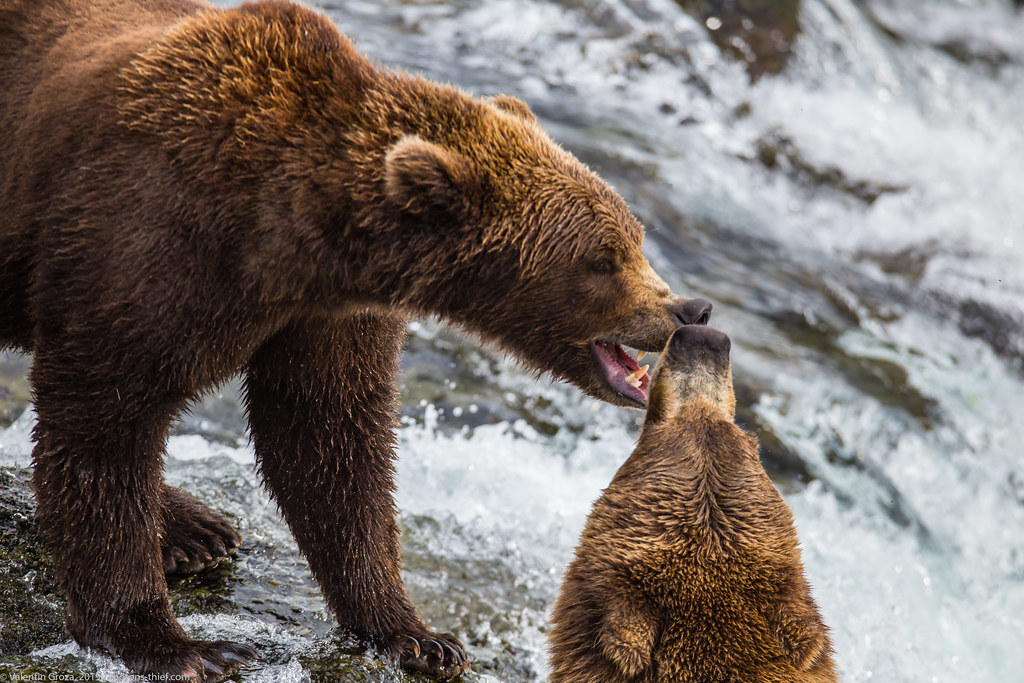 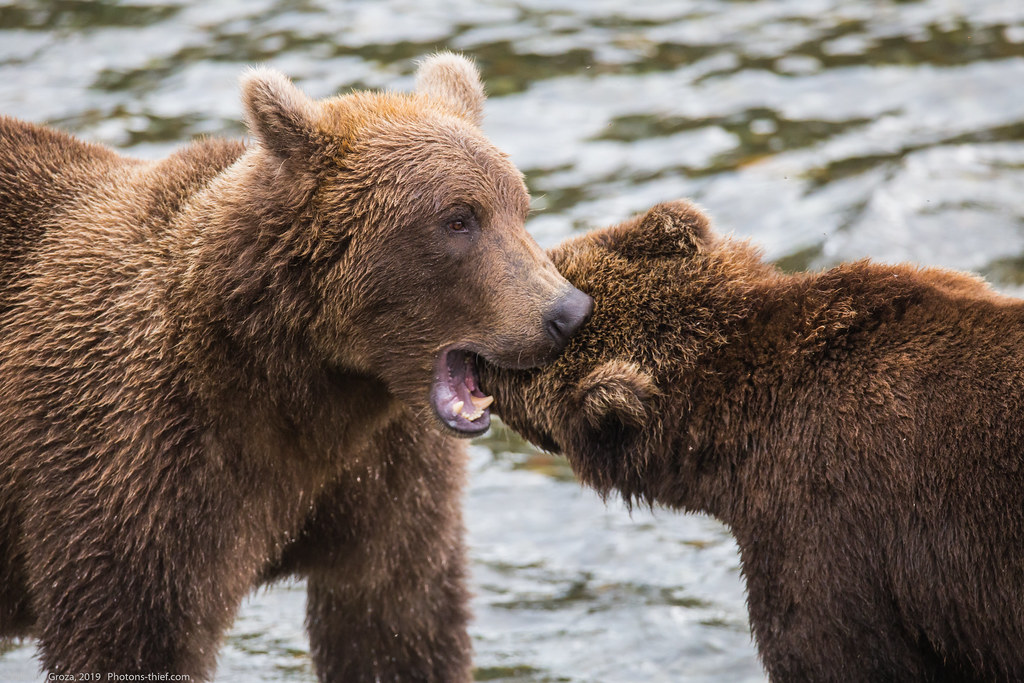 We saw two bears which every time they met, they abandoned fishing for wrestling. 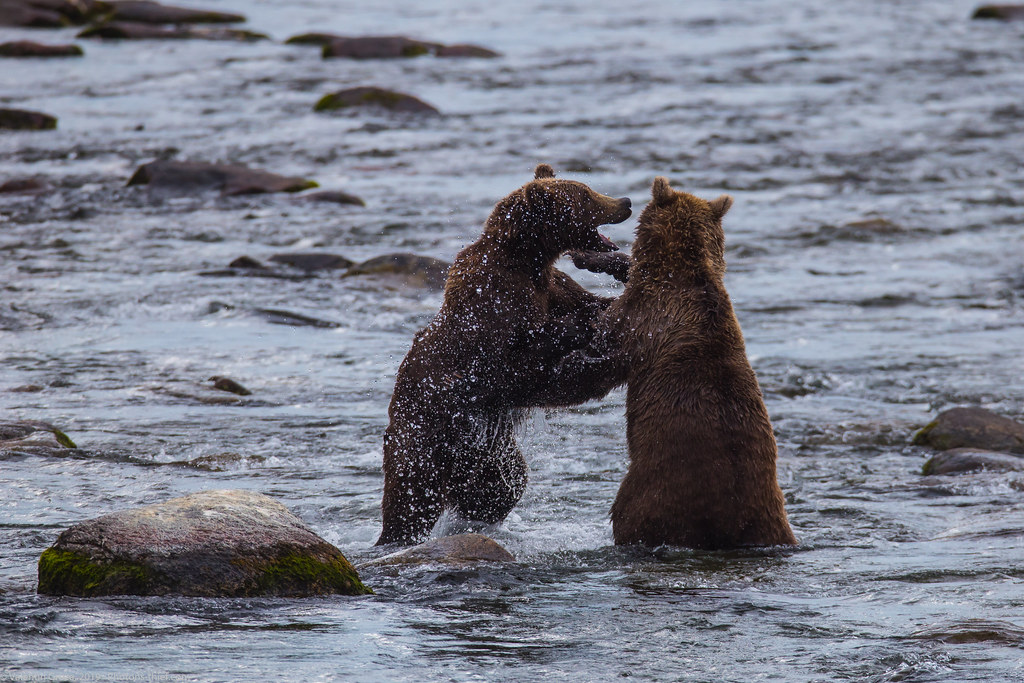 Playing in the lake 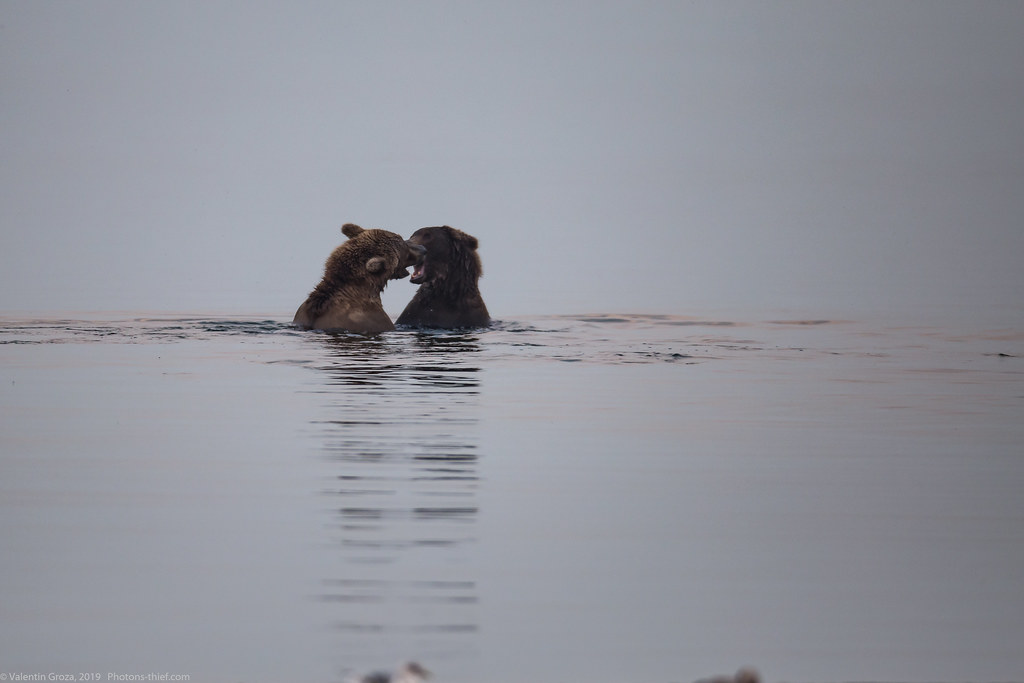 Playing in the forest 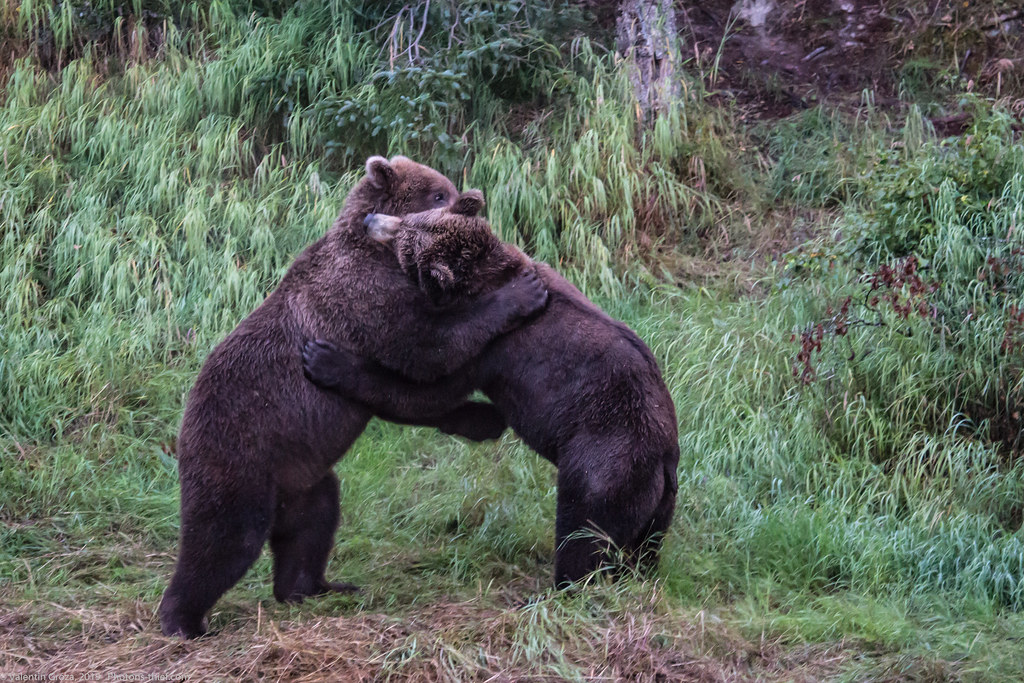 Wrestling in the river 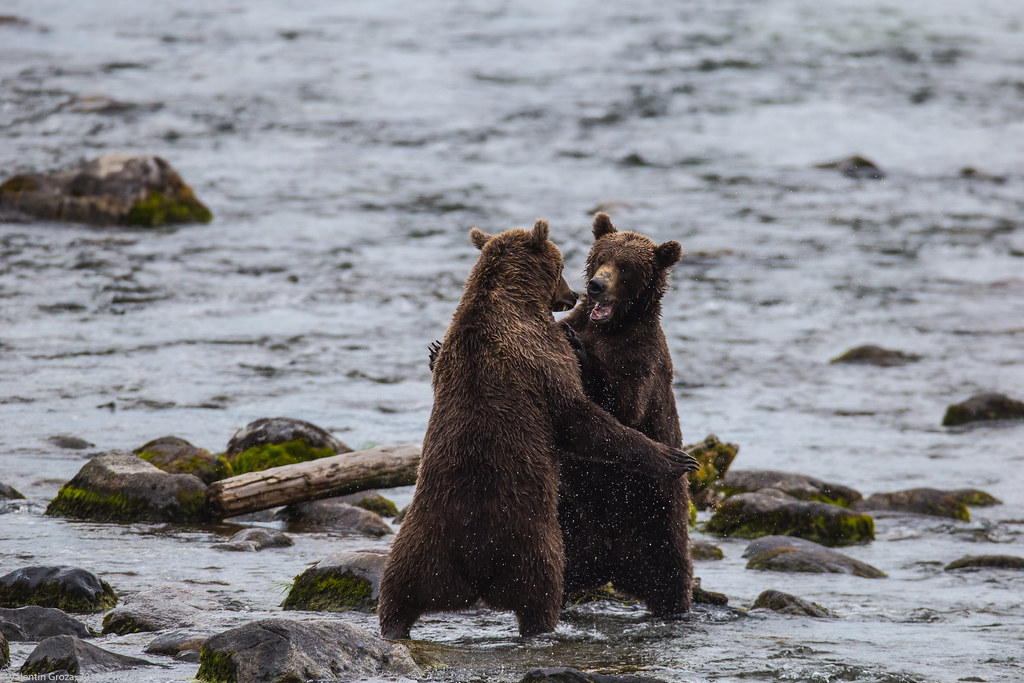 There is no aggressiveness, just pure joy. 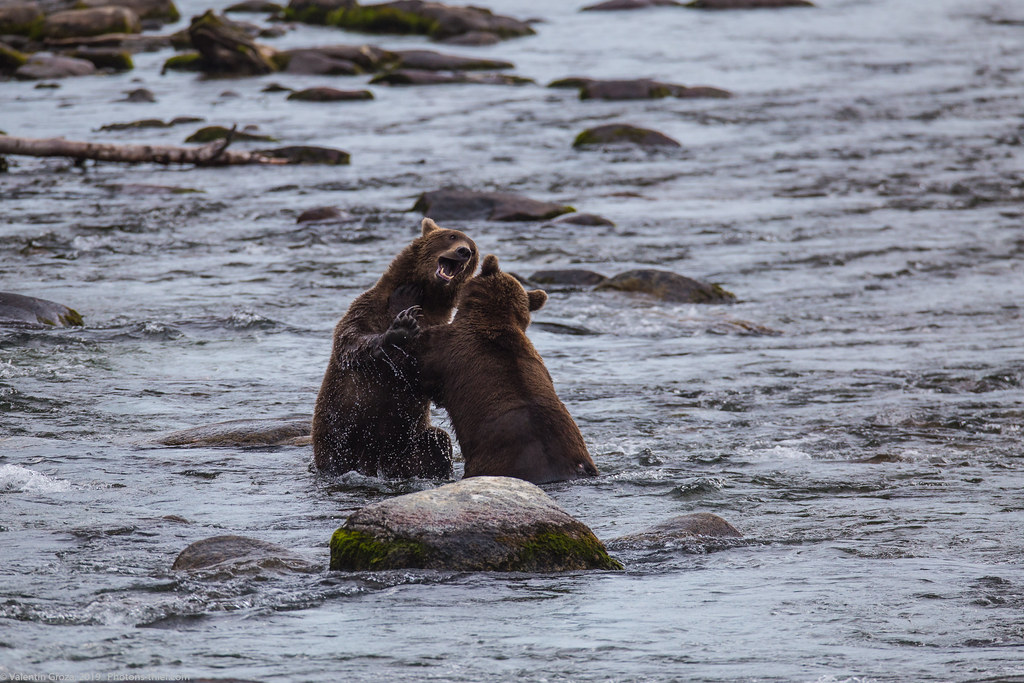 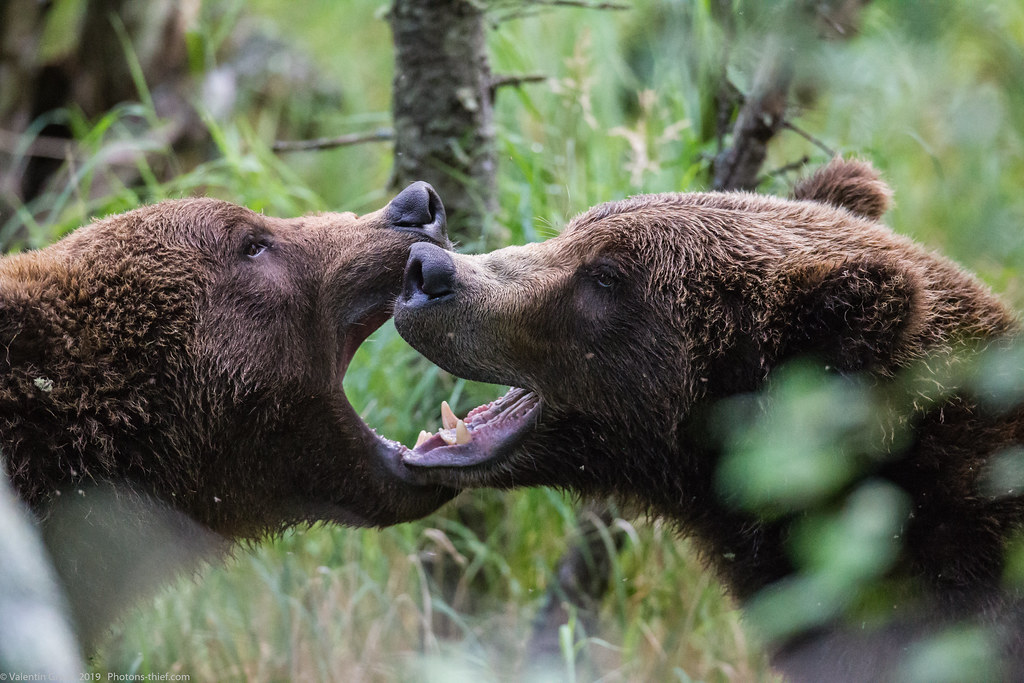 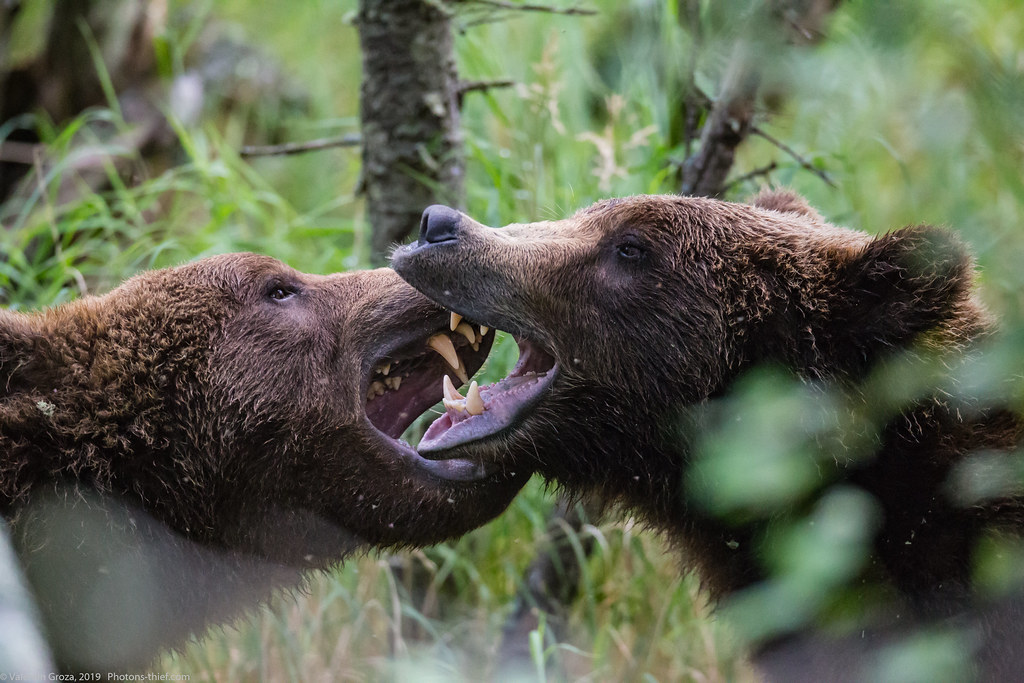 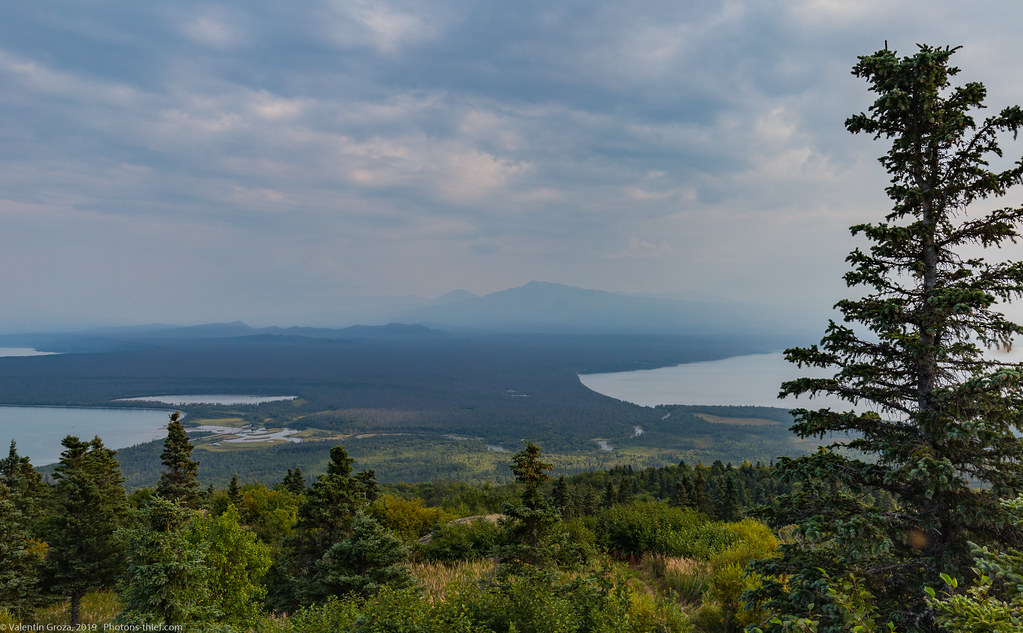